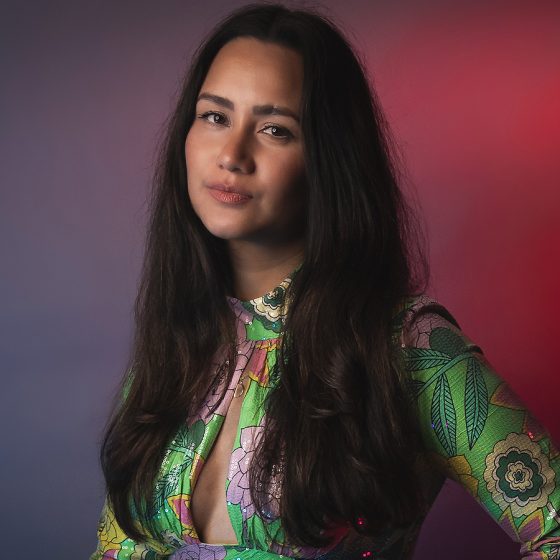 ANDREA TENILLE is a Gold Coast based female DJ Singer Songwriter, born with music in her bones, instilled from a young age with soul, traditional island beats and dance. Inspired by Rare Grooves, her musical style is described as a fusion of Neo-Soul, Nu-Disco meets Funky sophisticated House.

Andrea is an open-format DJ who’s versatility has her spinning beats regularly all around South East Queensland and abroad from local residencies to international events, conferences, fashion shows, product launches and exclusive private parties. You may have caught her in 5 star style at some of the Gold Coast’s hot spots, finest hotels and establishments such as the Star Casino, Treasury Casino, Palazzo Versace, The Island, Marriott, Skypoint aka ‘Q1 Observatory’, Sofitel’s Room 81, Alto Cucina, Gold Coast Convention Centre, Burleigh Pavilion and various fashion outlets at Pacific Fair & Harbour Town.

Andrea has supported Luke Million, Bag Raiders, Havana Brown, Brooklyn, Rave Radio, Jordyn Burns, Dirty South and more. Her highlight to date was performing alongside DJ Suly for an exclusive Penthouse VIP party for Mariah Carey and her entourage whilst the star was on tour.

Over the past decade, Andrea’s passion for music has lead to her inevitable rise in the music industry as an artist and co-owner of Respect Music and Respect Music Records. During this time she has accomplished many notable professional milestones.

In the studio Andrea has aligned with Gold Coast Funk outfit Rubber Johnson and become one of the key vocalists of RJ under the alias “CoCo Johnson”. This led her to collaborate with the likes of AGFA (All Good Funk Alliance) and Fort Knox Five with numerous releases on Respect Music Records, Super HiFi Recordings and Fort Knox Five Recordings. She has since performed a number of live shows as CoCo Johnson with the RJ crew.

On stage, she continues to broaden her horizons working as a key member of soul and disco influenced trio “Hot Jam” and “Black Cherry” along side Vocalist Darren Stockman and DJ/Producer James Canning. Their debut release was on Respect Music Records as a collaboration works with Brisbane based Producer and Performer Sharif D with their tropical house melody titled “If I Was Yours”. 2016 finds the trio working on a live show inclusive of original and cover tracks varying from 70’s Disco, 80’s Boogie, 90’s R’n’B and Modern Pop.

Amongst all of this, Andrea is currently holding down residencies as a DJ & Vocalist across Gold Coast and Brisbane and is working on her debut release through Respect Music Records.