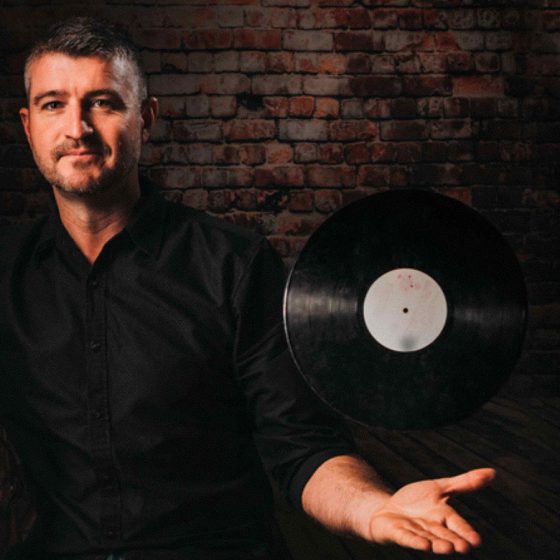 DJ/Producer/Remixer by night and Respect Music General Manager/Live Streamer/Marketing and Entertainment Consultant and Label Manager by day, James Canning has been one of the purveyors of the underground Electronic Funk and Soul Music scene on the East Coast of Australia since 2001.

In a time of controllers and sync DJ’s James prides himself on his ability to still dig for vinyl and keep this element of DJing and the art form alive. He has the rare ability to play on almost any format and any genre although Soul, Funk and Rhythm inspired sounds is where is his heart lies.

James’s collection of music, industry knowledge and contacts allows him to create whatever atmosphere. From a 12 piece funk band or 6 piece Latin ensemble, to a soul / Latin jazz lounge DJ set or throbbing tribal house DJ set. In the studio he can draw upon his many musical influences and talented session musicians to create anything from Latin Jazz and Hip Hop to Funky House and Breaks. Whatever the vibe, if it has got soul or rhythm he will be a part of it, as he knows nothing else.

In recent years he put together the alias “Hot Jam” which has Andrea 10NiL on vocals alongside guest Saxophonist, Percussionist and anyone else who wants to join the party, whilst James drops re edits of classic funk soul and disco.

Throughout this time he has also been at the helm of numerous radio shows featuring mash ups of house, funk, breaks, hip hop and soul, with shows dating back to 1996 at Skid Row Radio in Marrickville Sydney, and The BeatMash on Hott FM on the Gold Coast in the early 2000’s to then Respect Music Radio, which claimed No.1 voted by the people specialty show in 2009 on Gold Coast station Radio Metro 105.7FM and also gained support and airplay in Melbourne, Brisbane, Mackay, Cairns and Townsville until Nov 2016 when it was given a hiatus to now be re-emerging as a regular live stream available on multiple streaming platforms such as Twitch, Mixcloud, IG, FB and YT, covering numerous shows each week of different styles.

James’s first solo production release under his own name was a track titled ‘Latin Boogaloo’ on the Kingz of Steel Hip Hop compilation in 2002, through Butter Beats. He has since produced many tracks through his collaborations with Otto Mitter, Grant Wallis and Andrea Tenille under the alias “Rubber Johnson” who are most notably known for their collaborations with All Good Funk Alliance through 2009 to 2012. He has also produced numerous works alongside producer/musician and friend Otto Mitter under such aliases as “No Siesta” and “The Rhythm Method”. He has also formed and produced material for the soul trio “Black Cherry”.

His first solo production alias was that of “Creative Consciousness” this project found Canning searching the world for guest vocalists. He has also been developing the sound and producing Andrea 10NiL’s solo material along with a new alias titled “Disco Finger” both of which should bare fruit in 2022.

Respect Music Records was born in 2013 with the release of No Siesta’s debut single “Bing Bing Boom!” within 3 weeks of release took up the number 3 position in the Brokenbeat/Nujazz charts on Traxsource. The release also featured remixes by Jeremy Sylvester aka Socafrica, Nine Live The Cat and DJ Katch offering a diverse selection of flavours.

This was then followed by Rubber Johnson’s long awaited debut “U Can’t Stop The Rubber Rocket” which showcased remixes from Slyde, AGFA, Phonic Funk and Reekay Garcia. This also gained alot of positive support from funk fans world wide. 2015/16 proved to be the most productive years for the label with a stream of releases and remixes being dropped by Sharif D, Cutloose, Teddy Black, Sean Murray, DJ De La Roche, The Shazam Experience, Faiith, Frankie Shakes, Rubber Johnson, Axis (Tom Drummond and Michael Justice) Jimi Needles, MuSol, Zamali and Mario Coppola, Ad’N’Kuts, Opolopo and Amalia, Sharif D and Black Cherry, Mark Maxwell and Creative Consciousness to name but a few with more coming in the near future! Again the label was put into hiatus around 2016 but is looking at releasing material once again in 2022.